El Pueblo de Nuestra Senora Reina de Los Angeles Sobre el Rio Porciuncula. That was the original name of Los Angeles when the city was founded in 1781. Somehow, it’s not surprising that this now sprawling city started off with such a big name! If Los Angeles were its own country, its economy would be bigger than Saudi Arabia, Switzerland, and Sweden!

There are 80 neighborhoods in LA. The downtown alone is divided into 16 districts! One of the more famous neighborhoods, Beverly Hills, is known for its posh stores, the TV show ‘Beverly Hills 90210’ and the movie Pretty Woman. But before all of that, it was a ranch for little green lima beans. Every city has to start somewhere!

DTLA (Downtown Los Angeles) has so many things to do + see. We’ve listed a few of our favorites below, but know there is an endless amount of adventure to be had! Just remember, in the City of Angels, people are outnumbered by cars – you may be sitting in a bit of traffic! 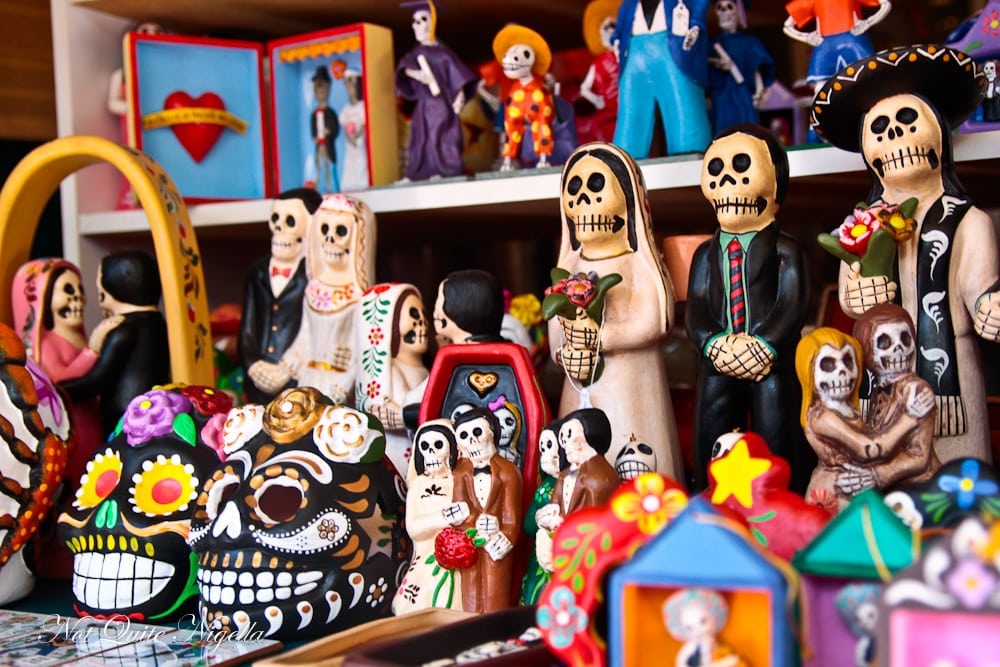 Did you know that the oldest building in LA was built by the Mayor in the 1800s? Established as a way to preserve the oldest structure in Los Angeles and surrounding historic buildings, El Pueblo de Los Angeles Historical Monument (or more commonly referred to as Olvera Street) was founded in 1933 as a one-block pedestrian zone and boasts a traditional Mexican Marketplace in addition to the 20+ historic buildings and art in the area. 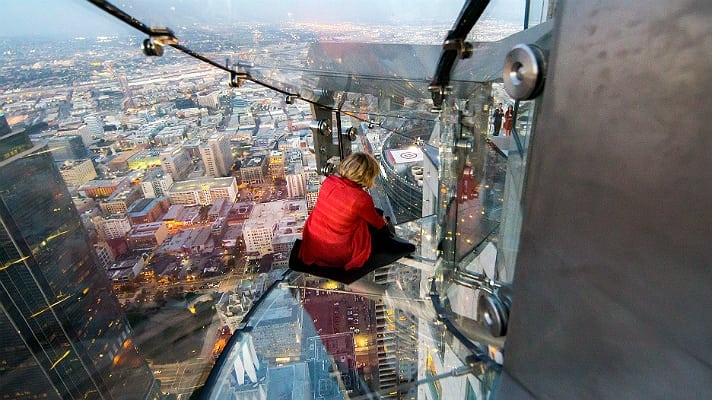 The only way to view Los Angeles in its entirety is from up above. At nearly 1000 ft above the city in the city’s tallest building, OUE Skyspace LA‘s two open-air observation terraces on the 69th floor offer unobstructed views of Los Angeles and beyond. If you’re feeling a little risky, try out the Skyslide, an outdoor 45 ft slide made entirely of glass that connects the 70th floor to the 69th floor on the terrace. 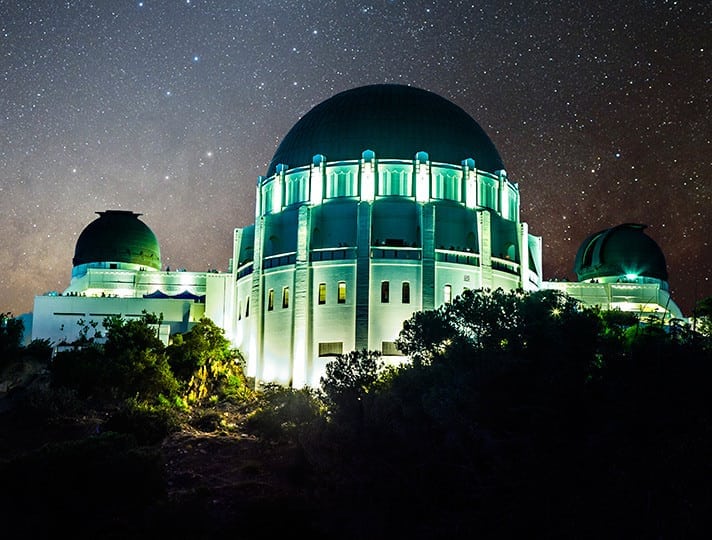 Look to the Skies at Griffith Observatory. Their mission is to inspire everyone to observe, ponder and understand the sky – and with it being ranked the most visited public observatory in the world, its safe to say “Mission Accomplished”! 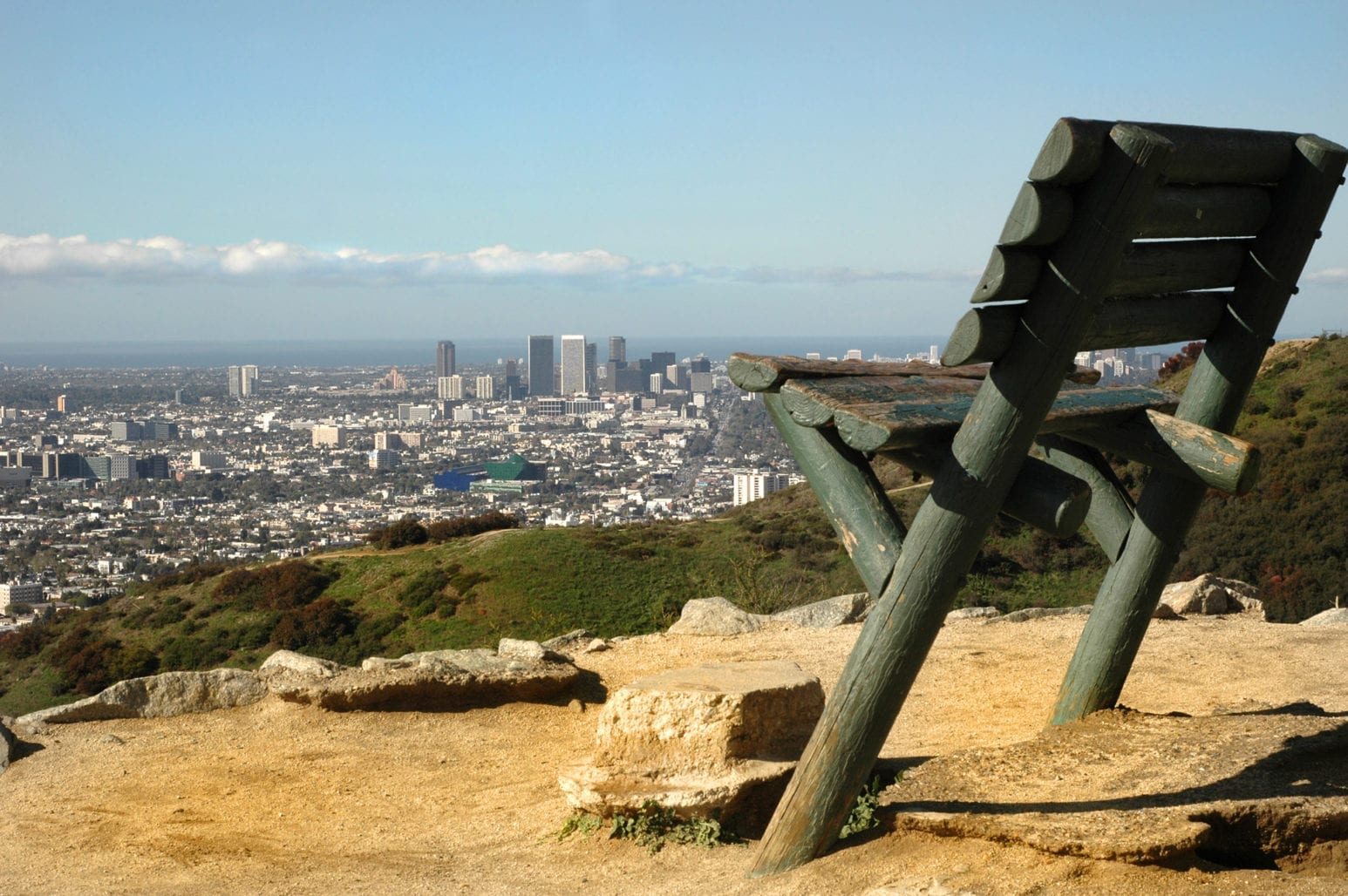 An exerciser’s paradise in the Hollywood Hills, Runyon Canyon is a packed dirt path that leads hikers, runners, yoga enthusiasts and roving weightlifters on a loop around the canyon, guaranteeing countless moments to pause and utter “This is so L.A.” You can catch the gradual ascent loop from either the east (Fuller Avenue) or west (North Vista Street) side of the canyon. This 2.5-mile trail is open from dawn to dusk. Dogs are welcome!

Grand Central Market: Stop by the city’s oldest and largest public market – it’s open seven days a week and located in the iconic Homer Laughlin Building. Even if you’re not there for the food, it’s worth a trip; people from all corners of LA mix and mingle among rows of spices, produce and vintage neon signs.

Walt Disney Concert Hall: The hall is the home of the LA Philharmonic and the LA Master Chorale, but the schedule is surprisingly varied throughout the year. Designed by Frank Gehry, the hall itself is a work of art, and should not be missed!