The world’s only knighted penguin, Sir Nils Olav, resides at Edinburgh Zoo. So, while in Edinburgh, Linux fans can pay a visit to another important penguin!  Royalty isn’t the only reason to visit Edinburgh, though, as this inspiration for Harry Potter has a lot to offer.  Did you know that Edinburgh has more trees per head of population than another city in the UK? Imagine how fresh the air is there!

This capital city’s landscape is pretty amazing.  Castle Rock, Arthur’s Seat, Salisbury Crags, Calton and Corstophine Hills were all shaped by moving glaciers and Edinburgh Castle was built an extinct volcano! (No need to fear-the last time it erupted was 350 million years ago)

Famous citizen alert! Did somebody say Bond? The original James Bond, Sean Connery, is from Edinburgh. He even made a short film about his beloved city!

Whether you visit Dolly the Sheep, the first cloned mammal, at the National Museum of Scotland, walk The Royal Mile (which is actually a tad longer than a mile), or visit one of the best places to eat haggis, you’re making the right choice by visiting Edinburgh.

Gryffindor or Hufflepuff? If you know what that means, you might want to visit The Potter Trail, a free walking tour (you’ll get to visit Voldemort’s grave!).

Scott Monument, which was dedicated to the memory of author Sir Walter Scott, is the largest monument to a writer in the world. It’s Gothic features are a direct contrast to the pristine Princess Street Gardens that house it.  Squeeze your way up its narrow spiral staircase for an epic view that was immortalized in “Cloud Atlas”.

Visit Old Town Edinburgh, a protected UNESCO World Heritage Site. Tour the catacombs and learn the history.  You can even take a midnight lamplight tour, if you dare. 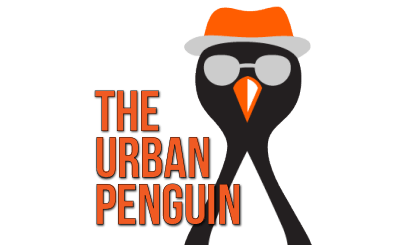